View Sector
Back to insights

Moving to another country, for any reason, is a big decision. In our line of work, we cause/help people to relocate internationally all the time, but up until recently it’s not something that I’ve ever experienced.

That is, until last month. At the beginning of April, I made the move to Denmark, taking up residency in Copenhagen.

What made our relocation more exciting (if that’s the right word) was that we were given about five weeks’ notice before we had to move. My girlfriend is a teacher, which means that she was really lucky to find a job that didn’t start at the beginning of term times, but it meant we had to move fast. That meant packing up our house, selling a car and navigating the Danish immigration system in just over a month.

Denmark is a relatively friendly place to move to (as an EU citizen anyway) but our biggest issue was finding somewhere to live. Finding a furnished flat with such little notice was tough, but we were incredibly lucky to find a great place with a landlord who met us at 10pm to let us in and even left us beers in the fridge.

After we’d ticked that box it was just a case of moving our stuff, which we attempted to do in one trip with just four suitcases. We managed to fit everything in there, albeit with a mad last-minute dash around Manchester airport to try and find a new case to divide the weight up a bit more – turns out if your bag weighs more than 32kg it’s not allowed on any plane.

That was a Wednesday, we started work on the Monday and since then we’ve been getting to grips with Copenhagen, Denmark, CPR numbers, NEMIDs and avoiding thinking about the tax, but it’s been a great adventure so far.

We were lucky to move within the EU (which may not be so easy next year) but it was still a big job! In our very limited experience, we’d say that the key to a successful relocation is a lot of research, patience, a bit of luck and a lot of bravery to actually do it. 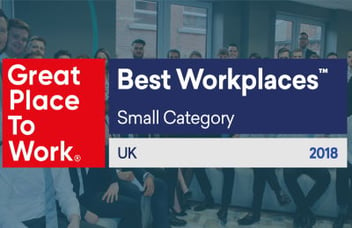 As you may have already seen yesterday, Charlton Morris have been recognised as the 16th Best... 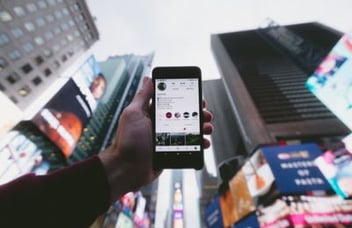 How to Become the Most Socially Engaged Staffing Firm of 2016

In recruitment generally and particularly within the Executive Search space that Charlton Morris... 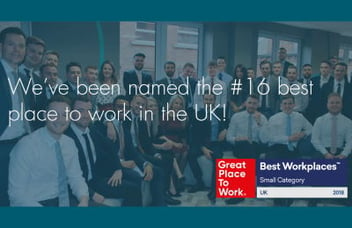 Charlton Morris Is (Officially) a Great Place to Work

Today is another proud day for Charlton Morris; it has been announced that we are the 16th Best...